Topaz The Hedgehog belong to http://pkblast101.deviantart.com/

Spines: Two pink spines with black tips on each side of her head going out to the left and right. Six long pink spines in the back of her head along with two short black spines.

"Never give mercy, then the fight will be more fun"

"Let's see how you dance"

"I suggest you beg for mercy now, before I slice you up later. I'm not one to give mercy but it's cute when people beg for mercy. Who knows if you beg you might just be the exception."'

"I only speak the truth, but I guess that must have been a launguage that vanished long ago."

"When life gives you lemons, you throw them out the window and grab a bottle of beer"

"I'm sorry if I'm not made out of sugar and eveything nice like most girls, maybe i just have too much spice"

"Like a thorn protects a rose, bees protect flowers. Something as beautiful as a flower can't exist without the danger of something as painful as the sting of a bee."

"Can bite me bitch"

"Alright! Try to make this last because I'll get bored of you don't" Entering a race in the Riders series

"Didn't I tell you to make this last. By the time I turned around it was already over!" Winning a race in the Riders series

"Tch...I'll win next time!" Losing a race in the Riders series

"Sorry I get carried away when I'm fighting somethimes." Winning a battle in Sonic Battle

"ARE YOU KIDDING ME!!!" Sonic and the Black Knight, 1 star

"I must still try harder! Anything less than perfection is failure" Sonic and the Black Knight, 4 stars

"It is only natural that I don't fail" Sonic and the Black Knight, 5 stars

"Ready for action likes always!" Chosen in the Olympic series.

"Even though it was easy, it was still fun" Winning Gold in the Olympic series

"Hmph......I decided to give you guys a break...." Winning Silver in the Olympic series

"I failed, I don't deserve this medal........" Winning Bronze in the Olympic series

Topaz's Gender-Bender form. Male Topaz and Reg. Topaz practically have the same personality. The only differences being that, he is always loud, not very patient, and usually mopes around alot after failing a challenge. But he will usually bounce right back up withing 15 minutes of failing time. Zapto is also kind of a ladies man. He keeps plushie of all his lovers who he really liked.

Personal Quote- "Ya know people say to try and try again. But I don't need to, I'll always get everything done on the first try!"

Topaz's dark form. This form of Topaz can be accesed through two different ways. Depending on which way this is activated the way Dark Topaz will act is also different. The first way is if she takes in too much Chaos Energy. Topaz can't handle too much Chaos energy flowing freely through her body. If there is too much she will be overwhelmed by all the Chaos Energy and turn. This is also why she can't turn super. When this is the cause of her turn she will lash out and attack everything around her in an attempt to get rid of the extra Chaos Energy, she also ignores any injuries gotten from this. They will automatically healed, although when she turns back she will not pass out immediately and instead feel all the pain from the healed injuries. The higher the amount of extra energy she takes in the harder she attacks everything. The second way is through anger. When something happends which angers Topaz past her normal drive of patience to the extreme then she will turn. When she turns through means of anger she has control over shadows and will attack anybody and anything. She also talks, but what she says makes her sound clinically insane.

Not finished will be updated

Chance of Failure if at- This solely depends on how much Chaos Energy she has left. For example if she is at only has 55% of Chaos Energy left and she tries and performs an attack that requires 65% the attack will fail and she will lose at least 20% of her energy.

?- Doesn't need any Chaos Energy to perform the move. Wheter the attack works or fails depends solely on how Topaz executes the moves.

?-? - The amount of Choas Energy used to perform the move can be charged and held for a longer or shorter amount of energy each time.

Topaz was created by a Mobian scientist named Aruzo. His reasons for creating Topaz are unknown to her, in fact she never found out about her creating him for a long time. After being created Topaz's first memory was saving a little girl from some thugs. Her father thanked her immensely and asked to help his little group take out some local gangs in the city. After a while Topaz's skills were noticed by the Mobian government, who offered to recruit her into one of their sectors. With much reluctance Topaz accepted and joined her new team. One of the members, their mechanist Aruzo, who she soon discovered created her.

Sonic and the Black Knight

Topaz was born under a knight father and maid mother to the king. Because both of their positions were related so closely to the king Topaz was raised as a knight. She was fully trained as a proper knight by the age of 10. Her father, however, thought this was too young of a age to be a knight. She was allowed to return to the call of knight when she was 20. She went and became a blacksmith building and selling weapons, as she had a long time love for this. She returned to the call of a knight at the age of 23. She was then named Dame Spinel, Knight of the Shadows. Her sword at the moment had no name because she had trouble naming it. While traveling she came to battle with one of the royal family's worst enemies, Krevinan. A male light blue cougar with several dark purple markings and wild orange eyes. His family had never believed in ruling by royal blood and had set out to assasinate many kings and queens using their magic passed down through generations. He was also there with his brother and a couple of his cousins. Topaz killed all of the cousins but Krevinan and his brother were clinging on for dear life. Krevinan's brother was noticed that Krevianan was going to go down soon. Using a spell which would take his life he sealed his Krevinan inside Topaz's sword. Krevinan not understanding his brother's actions became outraged and he materilized ever so often to let his anger out on inistants. In these situations Topaz would have to hold him off. After he calmed down he materilized once again and talk to Topaz. They soon became great partners as they would train and Krevinan would help Topaz in some missions. That's how Topaz came to name her sword Krevinan.

Sonic and the Secret Rings

As a young girl Topaz often ventured away from her house quite often through the desert out of boredom. When she came home one day her parents were gone and their house was almost completely robbed. She had known that their parents stole because they were too poor to afford most of the stuff they needed for a living. They had to move quite often, as soon all the vendors in a town would know them. Since then Topaz has roamed around a lot. One night while moving Topaz encountered a lake. It would've been like any other ordinary lake except it had a faint red glow coming from it. Not seeing anything on the surface she dived in. At the bottom she saw a strange lamp. It was a blue lamp with black swirls coming from it and a small crack. She picked it up and returned to the surface when she noticed that was were the glow was coming from. She didn't recognize it as a genie lamp at the time so she placed her hands near it and concentrated very hard. When a purple glow came out of her hands red smoke came out of the crack. It took the form of a female pink opossum with silver tips and zeffre eyes(shade of blue). She then claimed that her name was Ixia. Her old master abandoned her and her lamp after she refused to make a certain wish as it was against genie rules. She had told her master this but he was very greedy for money and power. Ixia quicly became very fond, devoting and loyal of Topaz as Topaz didn't want anything in return. This made Ixia think of Topaz as a very noble person. It turns out that Topaz could remove and set genies to lamps with her powers. Ixia being a genie she could detect genie lamps and wandeing genies. In exchange for freeing her from the lamp Ixia helped Topaz hunt for genies and genie lamps. Topaz would build lamps for the stray genies and use her powers to seal them in the lamp for somebody else's use. Topaz roamed around the country setting up houses all over the country. When she got to a town she set up shop and sold genies there until she ran out or for 6 months.

Mannerism: Topaz can be a quiet person at times. If you can get passed that quiet exterior, however, you will soon be greeted by a fiery young spirit. Although fiery she is also patient. When she reaches the point when you test her patience she can be known to have a very fast talking and "dirty" mouth. She also has changes in attitude very quickly making some people think she is bipolar. Topaz likes to take many challenges in life. Some just to have fun. Others to improve her skills and experience as she strives to never fail. Topaz is very loyal to her friends and usually finds herself indebted to them even though they don't ask of it. Although when it is the other way around she insist that she was merely doing what she had to do. If one of her friends breaks contact with her Topaz usually has a hard time coping with it. Topaz is usually very focused and doesn't tend to zone out. Topaz tends to act childish aound close friends when they bring her out, as she likes to see the world. Topaz will sometimes visit Casino Night Zone bars, even though she is underage. She usally has a hard time choosing sides in many situations but is regaded as an anti-hero.

Interactions With Other People

The mechanist orient of Sector 5, Section 4. He was the original creator of Topaz. Despite him claiming she needed to know this, as far as she remembers he never disclosed any information to her on why she was in the middle of a field near a city when she first woke up.

The medic orient of Sector 5, Section 4. 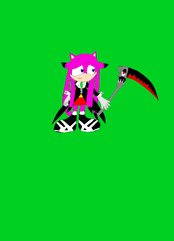 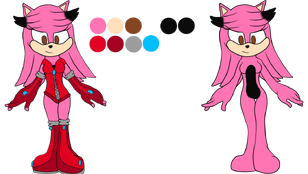 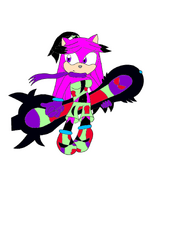 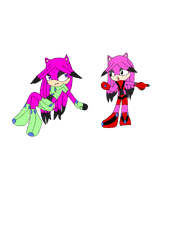 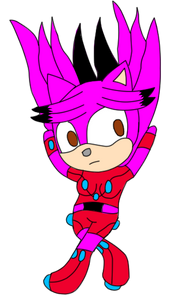 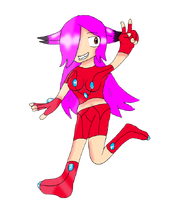 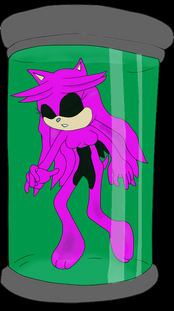 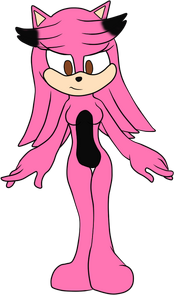 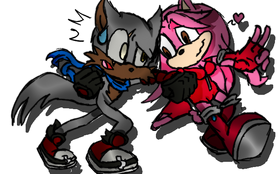 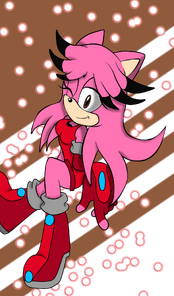 Add a photo to this gallery
Retrieved from "https://sonicsociety.fandom.com/wiki/Topaz_The_Hedgehog?oldid=8615"
Community content is available under CC-BY-SA unless otherwise noted.